Introduction to the Study of Science, Technology, Society

BACK: Hist Table of Contents

Does technology shape society or does society shape technology? Who’s in charge? 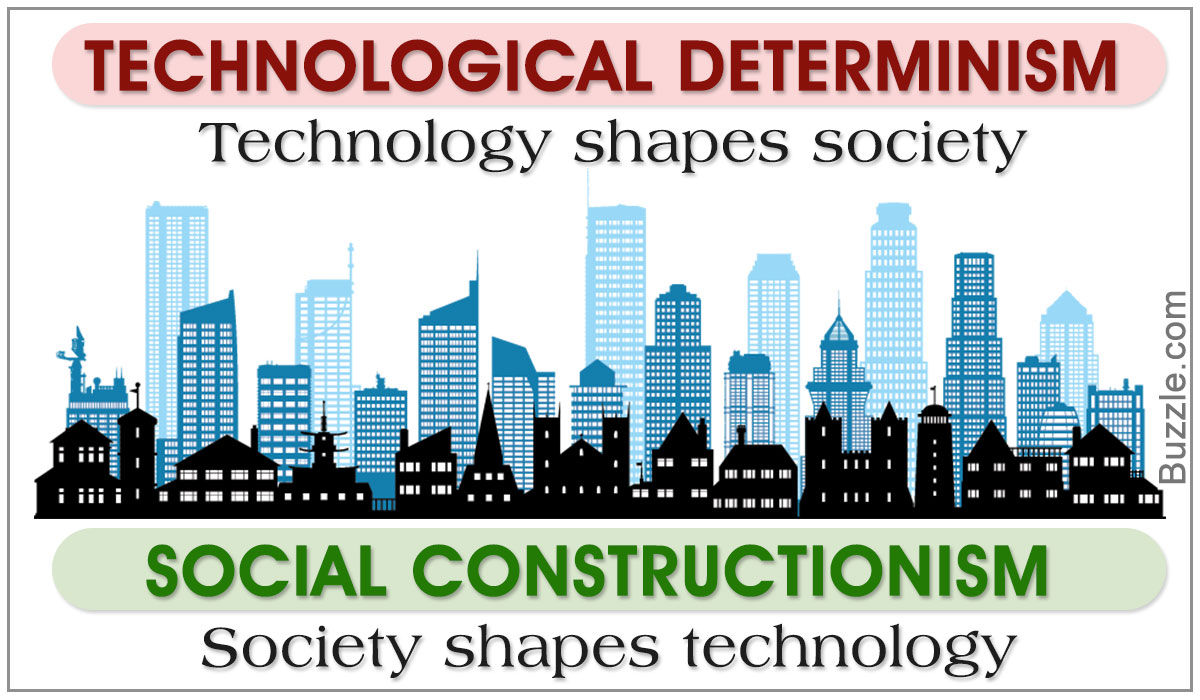 We define technological determinism as an independent factor impacting on society from the outside. This is a huge argument. It suggests that society and people are in no way control of what happens to our technology.

The question, then, is how do we adapt to it (since we can not shape it)? For example, the nuclear arms race: since this was technologically pre-determined, what really was our logic behind it? Behind the Manifest Destiny?

The Mechanization of the Modern World

There was a time where this is what technology looked like: people working at a factory–without mind to tire or fatigue. People had no freedom: they were tied to follow the perfect rhythm of the machine: and this determined how labor was distributed. Millions of people are just part of this system. In this way: the technology is literally and metaphorically controlling how society is working.

But we get things out of it:

This was a symbol of a new age: transformation and the continuous growth and movement of technological growth. People saw this and clung to it as motivation. This is what growth looks like! Everything else needs to be given up for this.

Imagine in your lifetime these things come out: automobiles, airplanes, street cars, airplanes, railway networks, electricity. The call for mechanization led to differences in how cityscapes were planned or agricultural landscapes were changed.

World War I: “Why don’t we drop a bomb from a plane?” How can we fight better? War technologies and technologically development were expedied extremely quickly in this time.

Imagine being drafted for WWI, where these technologies and tanks and gattling guns were developed and used. Then, coming back: You would have a completely different world view. By being exposed to these technologies, many people felt that this sudden flurry of technological development was deterministic–they couldn’t do anything about it.

This is also the time where Karl Marx, Max Weber, Emile Durkheim begin their studies, causing the birth of sociology as the study of the transition from traditional to modern society. What is happening to society? Is this a necessary sequence of steps or did we take the wrong turn and now things aren’t going as they should? The study of social change is going on at this moment.

How important is technology? How important is being effective with technology? The idea was to create something more efficiency for goods and services. On top of this, what is the strange bureaucratic apparatus (administrative) capacity that allows these changes to take place?

When it comes to growth, it feels like there is a ‘linear’ kind of progression that is happening. This feeling started in the Enlightment period, where science and modernization was first coined. If we looked at how Greeks portrayed humanity, they felt that progression was cyclic–nations were doomed to fall some time. However, we now have a linear feel, where there is this infinite progression and nations can only become better.

The symbolism of this picture contains much of what technology looks like: progress is pushing away what is uncivilized, not technologized.

He also discusses Chicago Moulding Machines, in which machinery began replacing labor workers in factories. While intuitively it seems to make sense that a company might want to increase their production and profits, it was actually quite more expensive to buy these machines at the time. However, Winner suggests that these company heads bought these machines as a way to control labor unions. It is often lacking to understand things purely in economic terms.

If we also look at urban planning and how we neglect the disabled, we can also see how technology builds a kind of ‘order’ to our world. “Nobody cares,” so nobody thought to design something for the disabled. Now, we have a lot of need for roads to be accessible–the new political agenda.

Somehow, some way, there is a political or social agenda pushed on the design of architecture. We tend not to question why something is designed a certain way, but just sort of react to it. This whole argument is against the notion of technological determinism–we purposely design technologies to have a social platform in it.

No technological change is inevitable: Machines shouldn’t be seen as coercive agents dictating social change. We should, rather see that cultural choices shape their use.

There was a rejection of guns in 16c Japan. It was against the basic code of honor–their cultural choices were significant enough to reject the technology.

Technology is a product of technical and social factors. Consider Moore’s Law, where we wanted to double the number of transistors in x years. At last! We’ve found something that describes our growth! But to some extent, companies saw this as an agenda. We better meet the quota, otherwise we’ll be behind the others.

Inventions: need to be plugged in to daily life–requires large transformation–the implementation of electricity or the use of personal computers.

It’s hard to predict our technologies–they express and sustain our social worlds. Like we saw from the QWERTY keyboard, something doesn’t have to be the ‘best’ in order to win. Our technology has often been driven by the social elements, symbolisms, and society’s values.

There used to be a group of engineers that wanted to create electric cars. However, there was not as much of support because people weren’t concerned with pollution, so people were just sort of like “What’s the point?” This technology failed because of the lack of support from the public.

It seems obvious that metal planes are safer or the future. People had this notion of symbolism and saw it as progression. However, prototypes of metal planes were often faulty–they would burst into flames and fail to operate. We already had working, safer wooden planes but the cultural desire to move into the future with metal stomped the ‘best’ choice of that time. There doesn’t need to be a rational reason to move to a future. Technical efficiency is always measured within a specific culture.

NEXT: Views of Science